British Expats Vs Australian Pests: 5 Pests You Might Encounter Whilst Living in Australia

For British citizens looking to retire or build a new life elsewhere, Australia is by far the most popular destination, as shown by the immigration figures for 2013. With an average temperature that is 8 degrees higher than that of the UK, it is easy to see why many Brits might choose to move to Australia. However, along with the sub-tropical and tropical climates come pests of all shapes and sizes, some of which are not found anywhere in the UK.

As a newly arrived British expat, you need to be prepared for the range of colourful pests that are likely to rudely introduce themselves over the next few weeks and months. Here is basic breakdown of the most common pests you are likely to encounter whilst living in Australia.

In Australia, there are over 300 species of mosquito. These sneaky bloodsuckers will likely be the first of the Australian pests to greet you upon your arrival. If your new home has a pond or other source of still water nearby, expect to by busy swiping these insects away each time you step outside.

Australia is also home to the termite, a wood-devouring bug that, much like the mosquito, stealthily hones in on its meal (wood) before devouring it right under your nose.

Do not leave wood in contact with the soil outside in your yard because it might attract the attention of a nearby termite colony. Termites can literally smell decaying wood, and the last thing you want is to attract a termite colony that numbers in the thousands.

Again, like every other pest in Australia, cockroaches come in many shapes and sizes, and if left to their own devices, they can infest your kitchen or bathroom. The most common cockroach you are likely to encounter is the German cockroach, which is about 15mm in length and can produce up to 40 babies at a time.

These cockroaches love dark humid areas and, if there is a source of food and water nearby, will be extremely difficult to eradicate without the help of an exterminator.

While Australia is home to some pretty fearsome looking spiders, there hasn't been a death from a spider bite in 36 years. However, if you have a spider phobia, you might struggle at first to adapt as Australia is home to several roaming spiders, such as the huntsman, which has a leg span of around 5 inches, and the white tailed spider, which has a leg span of about an inch.

Then there are the poisonous spiders, such as the red back and the funnel web spider; however, as long as you keep your distance, these web dwellers shouldn't be a problem.

If your garden has a tree or two, you may get to see a mother possum carrying her babies in her pouch. While it is a beautiful sight, possum families sometimes seek shelter in the attics or walls of homes. When this happens, you might find yourself being woken up at night by possums as they leave their nest to hunt for food at night.

Do not poison or attempt to trap possums unless you have a permit as possums are a protected species in Australia.

As a British expat in Australia, it may take some time to get used to the colourful array of pests living alongside you. However, if you ever discover that you have an infestation, you can call on the services of a local pest control service to help you eradicate or remove the problem without harming your pets or children.

Read in about 3 Minutes 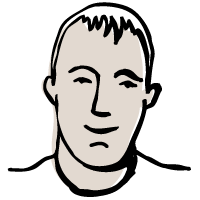